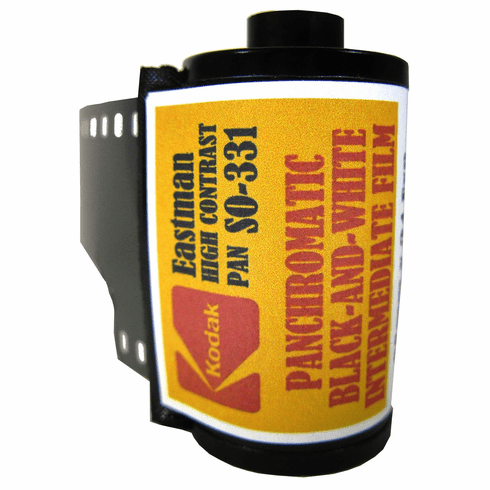 Kodak SO-331 High Contrast Intermediate Pan Black-and- White Film 35mm x 24 Exposure Loaded by Photo Warehouse. Kodak SO-331 is a kissing cousin to the Kodak 5369 High Contrast Black-and-White Films. One of our old favorites is back in a limited supply. This High Contrast Film is a close cousin to the 5369 Films and we sold out of this a few years back, but we were lucky enough to get our hands on some more. Film is loaded at our plant in brand new metal canisters and placed into brand new plastic tubs. There is a Flickr group with a lot of very helpful posts about Film speed and development on the SO-331 (5369):
Flickr Kodak SO-331 Users Group